My names Duncan McGregor, I’m 37 from Shrewsbury, UK and the owner of Tartan Paint Studios and this is my Army Showcase featuring Ragnar Blackmanes Great Company.

I’m an avid Space Wolves collector and have been for just over 25 years, yet in that time I have managed to play 2 games with them.

Why you ask?  Well I always had every intention of playing, I bought every SW codex, I have every space wolf novel, artwork print, wallpaper and have a complete and utter dedication to the chapter but over the past few years I have come to realise that the gaming side of things just doesn’t interest me.

What does interest me is purely the modelling, converting and painting aspect of the hobby and especially converting new space wolves characters or squads based on what I read in the novels, codexes or find on the internet.

I was initially drawn to the space wolves by their history and artwork back in the early 90s, what really sealed the deal for collecting them was flicking through White Dwarf and finding Kim Sybergs Space Wolves army ( 2 squads of his pictured below)

In my opinion it was and still is one of the best Space Wolf armies on the gaming table and I was hooked!  I spent ages studying the fine detail, the small conversions, the extra bitz and battle damages.  I loved the lore, fluff and options to create some great characters that the Space Wolf army offered me. Within hours of reading his article I had hastily ordered a box of Blood Claws and Ragnar Blackmane and set to work.

This is the reason why I never end up gaming, I used to spend literally months working out what the best loadouts were, converting each model so he was an individual trooper, and then slowly and meticulously painting each member of the unit up.  My recent long fangs squad took just under a year to paint from conception to painting up the final bases, granted they were for Golden Demon but I prefer to build any army that way.

I did tend to be quite slow and meticulous although I have sped up somewhat when I set my mind to painting just for the tabletop, the tabletop I won’t probably game on for another few years (I still have all the best intentions – I bought the Secret Weapon tablescapes boards but they currently lay in my loft boxed and unpainted.  Maybe my new year’s resolution should be to get the Rolling Fields table set out and paint it in a snow theme with iced up rivers.

So what about some painting tips?  Well I follow the Games workshop recipe for the blueish grey that they produced in the Eavy’ Metal Masterclass, the new one is also a decent guide and I have tested that with much success.  I follow Darren Latham on his blog where I found an amazing recipe for dwarf faces which I used on the recent Long Fangs.

For tattoos on the faces I regularly consult the TV show Vikings for inspiration and to paint them I use a mix of dark sea blue and Abaddon black mixed with a hint skin colour I used to paint the face.  Once painted on I wash multiple thin glazes of my final skin highlight colour over the tattoos to blend them in and make them look old and weathered.

Here are some of my latest works, Ragnar and the Long fangs were some of my favourite miniatures to paint, I did start on Bran Redmaws company but when they never released his miniature I gave up on that idea.  I am however itching to start on a Horus Heresy Wolf force and have so far painted 1 squad of 30K wolves and working on Leman Russ very soon I hope. 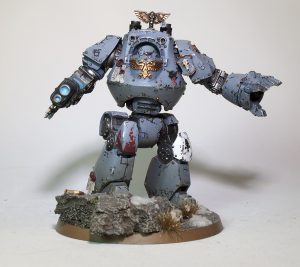 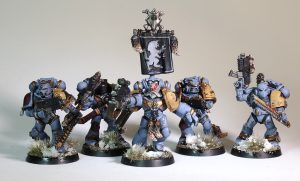 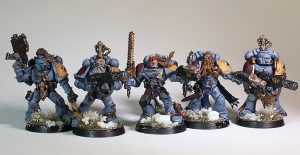 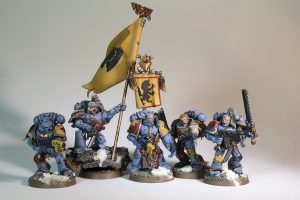 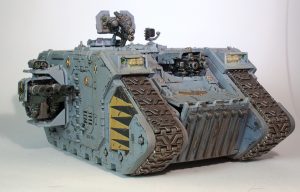 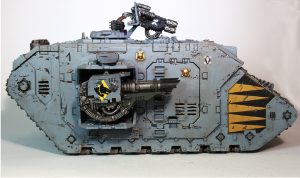 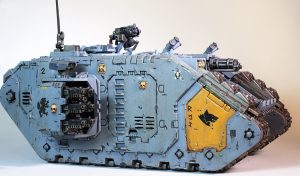 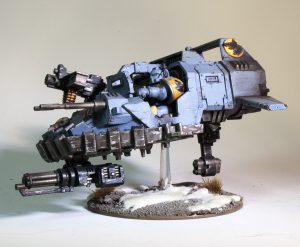 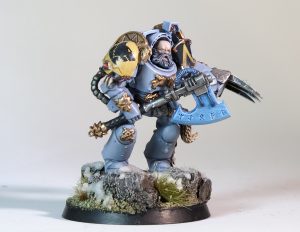 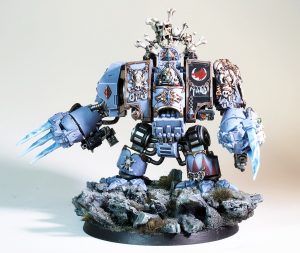 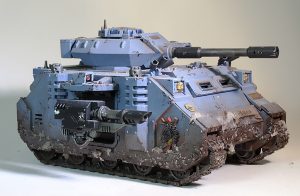 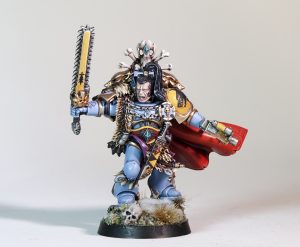 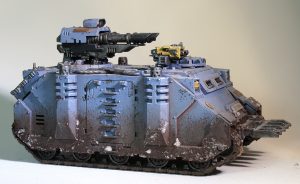 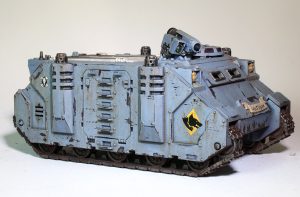 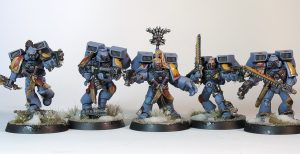 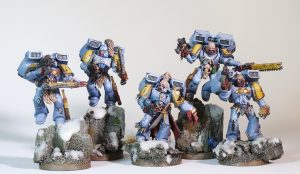 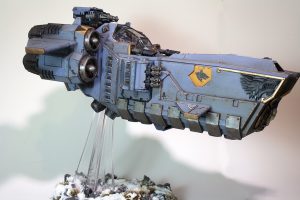 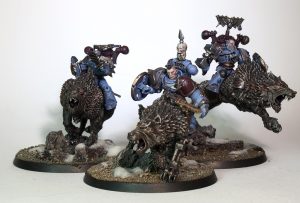 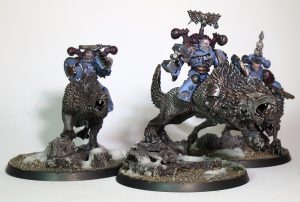 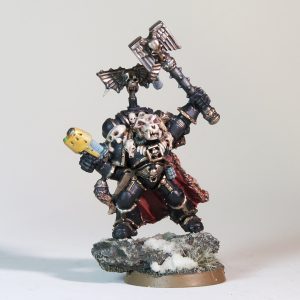 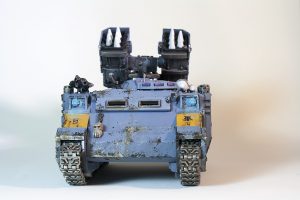 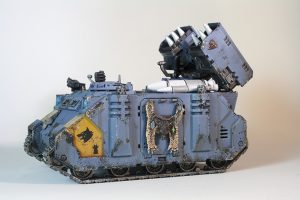 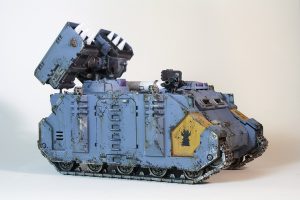 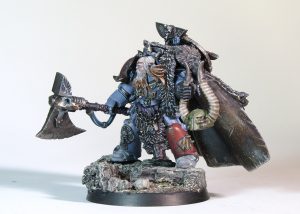 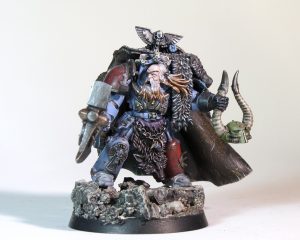