Hi, I’m Xander and I have recently got into wolves in a big way, and I would like to share a couple of army lists I have been trialling and my army to date.  Its ever expanding and with the release of the 8th edition of 40k I couldn’t resist adding some of the new Primaris marines into the mix.

This list includes some of the new Intercessor squads, although mainly to be used for holding objectives and drawing enemy fire away from Njal and Bjorn.  Here we go for 1500 Points:

Njal Stormcaller in Terminator armour – 167 points
He has 2 deny the witch attempts, + 1 to said attempts and you get to re-roll one failed deny the witch a turn. +1 to castings as well.  My plan would always be to Deep strike him near the Wulfen.

2x5 Primaris Intercessor squads – 200 points.
Used for drawing enemy fire and objective holders nothing more, may be used as a shield for Bjorn (at 8 wounds he can’t be targeted unless he’s the nearest enemy)

8 Wulfen – 7 with Hammers and shields, pack leader with frost claws – 468 points.
These guys are just a whirlwind of death near impossible to kill with a 3++ and a 5+ FNP plus they buff other space wolf infantry nearby.

Storm Wolf with 2 twin multi meltas, 2 lascannons and twin helfrost cannon – 353 points
Transport for the Wulfen and anti whatever you point it at. Especially good against Tyranids lists or Imperial Gaurd armour divisions thanks to it’s split fire abilities.

What you could then do if you were playing up to 2000 points is add the following:

Iron Priest with Tempest hammer – 115 points.
Keep him behind Bjorn to heal D3 wounds a turn (2 FNP rolls & a battle healer)  He’s  way too strong in my opinion especially as there is no restriction on healing in combat.  I’m sure they will nerf him at some point in the new codex whenever it gets released.

Primaris Liuetenant with master crafted bolt rifle – 74 points.
Point filler more than anything the rerolling 1’s to wound could be useful for the marines? If you dont like the thought of that try swapping him for a unit of 5 wolf scouts with snipers (no cloaks)

That’s two army lists I use for most of my games.  With the release so fresh they are still in testing and I’m sure I will make more adjustments as I play more games.  Below is a showcase of my army in it’s current form. 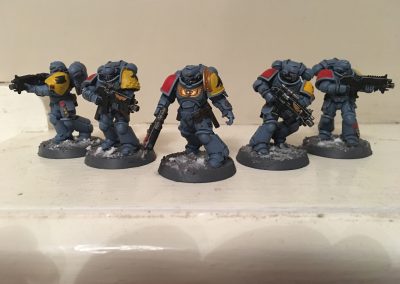 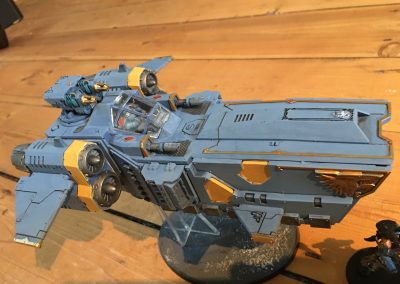 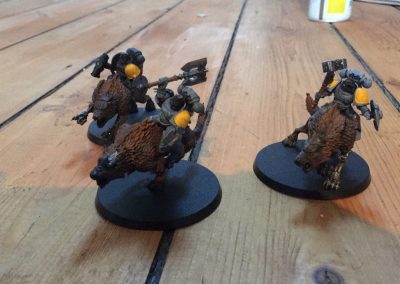 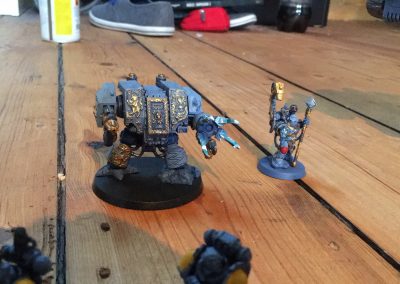 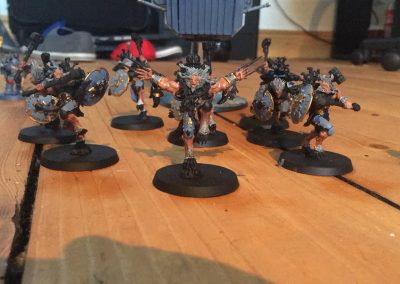 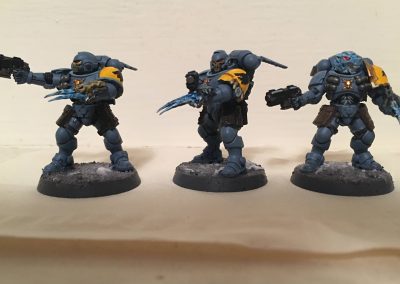 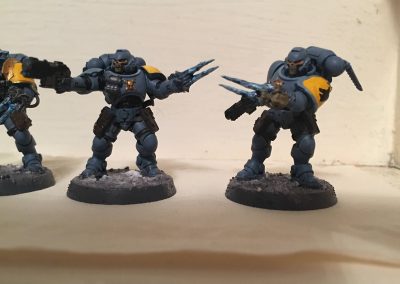