Scott Hays met up as part of several gaming groups from the North East of England who all got together to visit Warhammer World for a week end of beer, food, banter and 40k. He played in 4 games over the week end. Here’s how it went.

Game 1 (1500 points) – SW Vs CSM + traitor guard (James) – A hard fought game that was made harder by my reserves not arriving until turn 4. To say that this made things interesting would be an understatement. The power armored wolf guard had chronic wolf rolling get hot rolls even with twin linked during turn 1. 4 of them managed to kill themselves. MVP was the humble grey hunter who tore through the chaos cultists. Game ended with very few models on the board for both sides. 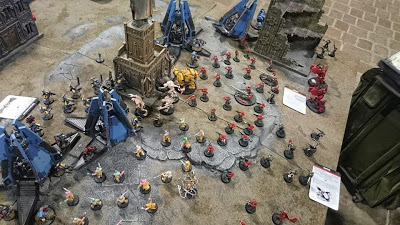 Game 2 (1000 points + 1000 points doubles) – SW + Dark Eldar/Eldar (Scott + Harry) vs SM + Necrons (Matt + Adam) – The Space wolves dominated this game and almost wiped out the space marine fraction turn 1. The Dark Eldar/Eldar allies learnt the effect that scarabs have upon vehicles – this left there troop choices horribly out of position and left most of the hard work to the wolves who after finishing off the Space marine fraction set about wiping out the Necron fraction. Game ended with a wipe out. 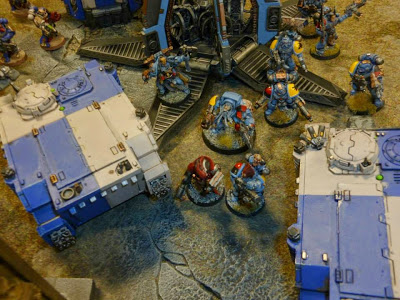 Game 3 (2000 points) – SW Vs Eldar (Aiden) – Probably the toughest game of the week end. My opponent deployed in a manner to try and entice the wolves to drop in overly aggressively and risk being wiped out. The plan was fooled and the Wolves arrived in a defensive manner and the Thunderstrike formation proceeded to wipe out a key unit turn one whilst limiting the damage that they would take Turn 2. The game was over when the Storm Wing formation arrived and took out the Wraithknight and Wraith lords. MVP – Inquisitors running incinerators – my opponent deployed in tight formation in a forest – the incinerator and flamer/combi flamer in each grey hunter squad inflicted huge casualties. Game ended with a wipe out. 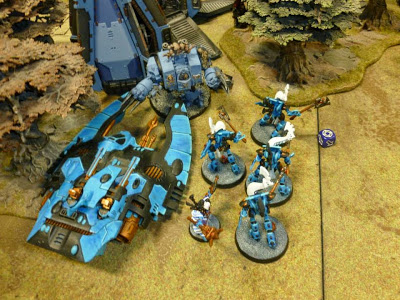 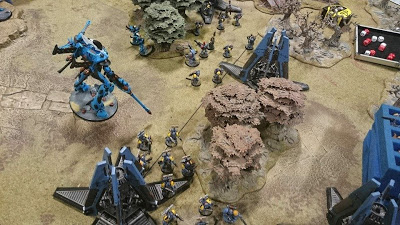 Game 4 (3000 points) – SW vs Dark Eldar/Eldar (Harry) – Fresh from me giving him grief from the doubles match for getting his wave serpents eaten Harry was after revenge. The Turn 1 and Turn 3 were hugely decisive for the Wolves. The alpha strike decimated the Dark Eldar/Eldar left flank forcing Harry to move his highly mobile army to the right flank. The wolves proceeded to move from left to right and tear the Eldar Wraith guard into bits in assault. The heavy concentration of template weapons in the grey hunter squads caused hideous damage to the open topped Dark eldar transports and the squads within. 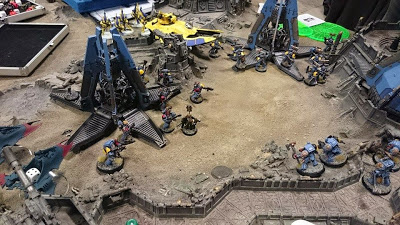 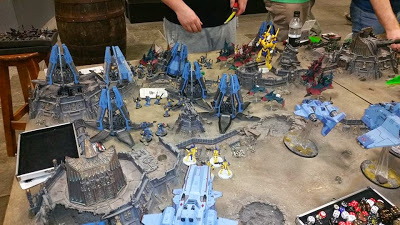 Scott had a real blast and proved that the Space Wolves are still a force to be reckoned with!

How have your games been going lately?